The Life of Kieran:
More Information Than You Could Possibly Want to Know

I was born in Weston-super-Mare, a seaside resort in the west of England. My father, Peter, was a sailor, and my mother, Wendy, a nurse. Sadly, my father died in October 2008 at the age of 79 following a long and brave battle with cancer. Two years later, my mother died suddenly and after contracting a chest infection. Their passing continues to sadden me, as it does my brothers, every single day.

Inspired by a combination of childhood influences -- the wildlife in our garden and the woods on the edge of town; the books on my parents' bookshelves, filled with stories and photos of the natural world; and my father's stories and photographs of his voyages in the Navy -- I knew by the age of sixteen what I wanted to do with my life: travel the world and write about wildlife and the environment.

I found some work writing a newsletter for an organization called the People's Trust for Endangered Species. I volunteered briefly at the famed Natural History Unit of the British Broadcasting Corporation. I worked for another environmental group called Care for the Wild. Just a few days after my eighteenth birthday, my first published article appeared in New Scientist.

Early on, I became interested in writing about zoos and the role they played in conservation. As part of that, I wanted to know about dolphin shows, and so I began learning all I could about dolphins and their cousins, the whales.

The more I learned about whales, the more I learned about the environmental pressures they faced, from whaling to pollution to conflicts with fisheries. There was no organization in the United Kingdom devoted solely to the protection of dolphins and whales, and so in 1987, with my friends Sean and Margaret Whyte, I founded the Whale Conservation Society, later the Whale and Dolphin Conservation Society. Two years later, I joined Greenpeace International; until 1995, I was the organization's chief spokesperson on whaling issues, and was a leader of four anti-whaling voyages to the Antarctic and one to the Arctic.

Antarctica must be the most beautiful part of the world: largely unspoiled and untouched, much the way it would have seemed to Captain James Cook when he became the first person to cross the Antarctic Circle in 1773. And being a leader of a ship-bound expedition to the most hostile region on Earth is a uniquely challenging experience, providing an intense set of demands unlike anything I had experienced before, or have done since.

Consequently, after leaving Greenpeace and the life of a full-time activist, I had a hard time finding anything that provided the same kind of motivation. I returned to writing, and in 1996 was asked to join a new organization called SeaWeb, which seeks to provide balanced information on marine conservation issues to the media and public. For many years, I was editor of SeaWeb's monthly Ocean Update newsletter.

In 1998, I was given the opportunity to spend the summer in Alaska and the Russian Arctic, writing articles about climate change and its impact on wildlife and native peoples. It was an incredible experience: not only did I succeed in writing and selling plenty of articles and news items, I was also completely captivated by the region. I returned to Washington, D.C., where I was living at the time, long enough to pack up my life and move to Anchorage.

For seven years I lived in a little cabin on the shores of Cook Inlet. I wrote a couple of books and all in all had the best time of my life. Alaska is beautiful and alluring, and I was very sorry to say goodbye.

Eventually, however, I was forced to do just that. There are only so many opportunities for a freelance writer in the 49th State, and so I reluctantly returned to the outskirts of the nation's capital, living from 2005 to 2014 in Alexandria, Virginia. At the end of 2014, I moved again, to the beautiful Green Mountains of Vermont; I now reside in a small village called Bristol, which I hope and suspect will be my home for many a long year.

In 2003, my writing career took something of an unexpected left turn. Seeking to freshen things up, I decided to spend a few months in Las Vegas, writing a book about boxing - the idea being, partly at least, to spend some time writing about something 180 degrees removed from my usual fare. Alas, although both I and my agent were very happy with the extended proposal I produced, the response from publishers was nearly unanimous: "We like it, but boxing fans don't buy books." But I had caught the bug, and started writing for some boxing websites. I was picked up as a features writer for ESPN.com and as a stringer for Reuters; then ESPN asked me if I would be interested in recording a podcast. That podcast lasted about six years, until it was canceled in early 2014; but by then, I had another string to my boxing bow. I had filmed some videos and written blogs for HBO for a few years, and beginning in January 2014 became the de facto face and voice of HBO Boxing's digital platform, recording fight week videos and co-hosting a new podcast. It was a fantastic experience; I reported from ringside and during fight weeks with a terrific team, from locales that included Monaco, Russia, Las Vegas, Lons Angeles, London, Montreal and New York.

At the end of 2018, HBO left the boxing business, but I found another excellent home with Showtime, for whom I co-host a boxing podcast.

Boxing is the subject and the role that has in many ways garnered me the most fame and attention, but I consider it still my weekend job. My true calling remains writing about wildlife and the environment, via articles, blogs and books, such as At the Ends of the Earth, The Whaling Season, and my most recent effort, The Great White Bear, which was published by Houghton Mifflin Harcourt in January 2011. 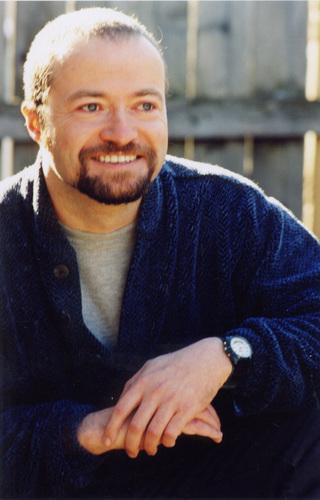 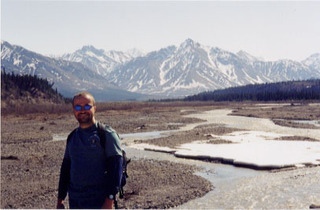 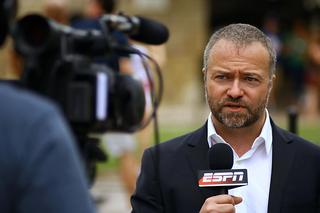 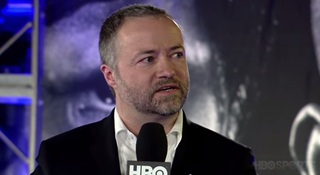