At the Ends of the Earth: A History of the Polar Regions 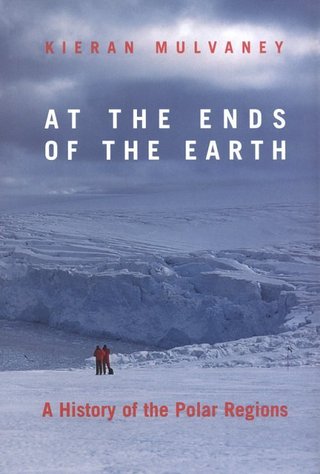 The story of the Arctic and Antarctic is of two regions quite unlike any other.... It is a story of interweaving cycles in which exploration leads to exploitation, and exploitation to further exploration. It is a story of how even such remote realms can significantly affect, and in turn be deeply influenced by, events and trends thousands of miles distant-of how the long shadow of humanity has extended, for better and for worse, to the very ends of the Earth - from the Prologue

For thousands of years, the polar regions have been a source of intrigue and fascination; even today-despite having been thoroughly mapped and explored, despite being home to permanent human settlements and scientific stations-they remain places of mystery. Remote, cold, barren, and inhospitable, they nonetheless exert an undeniable hold on the human imagination.

At the Ends of the Earth is an engrossing natural and human history of the two polar regions. In vivid and engaging prose, it presents the fascinating story of human interactions with the Arctic and Antarctic from prehistory through centuries of European exploration to more recent issues involving Cold War politics, oil and gas drilling, tourism, and global warming.

Beginning with the earliest myths and legends of undiscovered lands far to the north and south, the book offers an in-depth look at these two regions that are so similar yet so distinct. The narrative brings to life the Arctic and Antarctic landscapes as well as the people who have explored, lived in, and exploited them. Stories of native Arctic peoples and the changes brought by the arrival of Europeans are contrasted with equally striking stories of Antarctic exploration and high-stakes battles over whether that vast continent should be exploited or protected.

Throughout, the book highlights both the direct and indirect impacts of human activity on polar landscapes, considering the ways in which these fragile and pristine environments represent a kind of miner's canary alerting us to the potentially irreparable changes we are wreaking on our global environment. At the Ends of the Earth offers a unique look at an intriguing facet of world history and provides an important context for understanding both successful and failed polar expeditions, as well as the motivations behind them.


What I said about my book on amazon.com:

"This is not a conventional history of the polar regions. Whereas most such histories concentrate almost exclusively on voyages of exploration and discovery and make passing mention of the impetus for and consequences of such voyages -- such as sealing and whaling -- this book takes a fresh approach, choosing instead to focus on the role played by natural "resources" on the human interest in the Arctic and Antarctic, and the result of such interest on those resources and on polar environments. But it is not a diatribe or polemic; far from it, in fact. The issues are, I hope, subtly presented in a wide-ranging history which includes many of the fascinating stories of expeditions and human courage which attract so many of us to these remarkable areas of the world."

Want to Buy It?

Use this site to find a bookseller near you.

Patrick Maher, International Journal of Wilderness, December 2002:
At the Ends of the Earth: A History of the Polar Regions is a joy to read and an important contribution to appreciating the wider context of interconnections occurring all over the Earth. Mulvaney's writing style is a combination of personal experience, touches of humor and irony, and in-depth, concise research."

Penny Walters, Ralph Magazine, Early Fall, 2002:
Mulvaney is a careful, scholarly writer --- but he is lively and refuses to club us with facts. His history only turns dismal in the final chapters, not because of his style, but because of what humanity is doing to these isolated and easily destroyed regions.

Marybeth Long Martello, John F. Kennedy School of Government, Environment Magazine, November 2002:
At the Ends of the Earth ... uses engaging and informative narrative to illustrate the extrapolar world's interactions with the Arctic and Antarctic and the often calamitous repercussions for human and ecological systems ... Mulvaney uses fascinating details and quotes to bring to life the views of outsiders as they imagined, explored and exploited the polar regions and their "resources" ... Mulvaney presents a compelling story of how several aspects of so-called globalization have been around for centuries and continue to make the polar regions increasingly vulnerable to environmental and social changes stemming from outside their borders."

David Nicholson-Lord, BBC Wildlife Magazine, March 2002:
"Part history, part antropology, part science and part travel, this is not an easy book to categorise, but as an account of the many, often intriguing and unexpected, interactions through the ages between civilisation and its opposite, it's hard to see how it could be bettered."

Dennis Drabelle, Washington Post Book World , October 21 2001:
"Mulvaney ... is an adroit writer, and his book is an excellent primer on polar environmental issues."

Gregory McNamee, amazon.com:
"Timely and sometimes controversial, Mulvaney's book is a solid addition to the literature of exploration and environmentalism alike."