Like many people, I've been simultaneously absorbed, horrified and deeply saddened by the events in Japan this month. It has been in many ways so much easier to appreciate the scale and devastation of the earthquake and tsunami that affected, in particular, the northeast of the country because of the way in which this natural disaster unfolded in real time before our very eyes: the tsunami tracked live on CNN and around the world as it headed for shore; the dozens (at least) of amateur videographers who documented the drama as it unfolded.

The video above and the one immediately below have been widely seen and leave one breathless, even after repeated viewings.

For my money, however, in many ways the most powerful is the one below, which I have just seen for the first time. There is something about the quiet dignity with which the survivors of this devastated city are trying, as best they can, to pick up the pieces. I'm struck by the matter-of-fact way in which one man points out that there are now five cars inside his house, none of which belong to him.

I can't help but note, either, that the sky is blue and the sun is shining. It's a beautiful day to be alive.

I still find these too painful to watch without tears, Kieran. It is too much. My heart just breaks for all the extra-ordinary people trying to piece it back together. Without exception, the Japanese people I have seen on telly have retained an unmatchable dignity in amongst the horror of it all.

Having a hard time getting any kind of work done. Seem to be repeatedly falling behind schedule. A fairly constant malaise. A desire to just sit and listen to music instead of work.

Oh well. Read More
Be the first to comment

Social Media, Criticism and the Worst Song Ever

Well, I watched - all the way through - and yes, it was before I read your post, which is a witness to my trust in your posts. Misguided? I have to smile. If, at 13, I'd been in the position to have that much of a laugh at the weekend on Saturday - even if it was followed by Sunday, as she promised, I think I'd have been getting in the groove as well. Hmmm. Does that choice of phrase really date me? It was hypnotic though... mm-mm-mmm-mm the weekend... ;-)

Irritatingly catchy in its mindless way, isn't it? Kind of burrows into your brain, like the thing that Khan used on Chekhov in "Star trek II". Certainly don't blame her at all for making the video and having fun - and now, it seems, she's going to be able to parlay her notoriety into a lucrative record deal. Her 15 minutes are far from over, it seems.


Many thanks indeed to Lori Wark, who runs the excellent blog Adventures in Climate Change for this interview with me about polar bears and The Great White Bear. Read More
Be the first to comment


It isn't easy, studying polar bears in the wild. They live in inhospitable environs and travel thousands of miles a year. Approaching closely is to be discouraged on the grounds that they are extremely large carnivores with powerful paws and sharp teeth. But John Downer and his technical wizard Geoff Bell have found a way to get up close and personal, without getting up close and personal.

With cameras that can be operated remotely or set to activate when they detect movement, and which can be disguised as snow drifts or icebergs, they have been able to capture polar bears in their natural environment the way nobody else has done before. Their show, Spy on the Ice aired on the BBC in Britain at the tail end of 2010, and here in the US on Animal Planet yesterday.  Read More
Be the first to comment 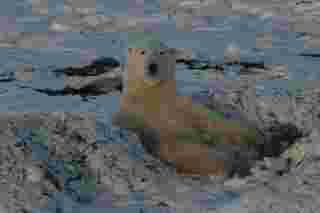 I enjoyed a new review of my book that was just published in Open Letters Monthly. It's lengthy and thoughtful. I'll post extracts on the book's page on this site, but in the meantime, you can check out the full review here
Be the first to comment