Einstein, Eddington, and Me 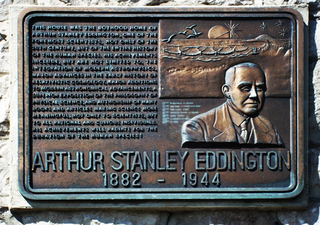 There has, and quite rightly, been a fair bit written about Einstein's Theory of General Relativity, which he published 100 years ago yesterday. The man whose observations confirmed the theory was Arthur Stanley Eddington, who spent many of his formative years in my hometown of Weston-super-Mare; many times, as a wee young thing, I would walk past his house on Walliscote Rd, where, I assume, a commemorative plaque remains. (A plaque commemorating Eddington having lived there, rather than my having periodically walked past it.) In fact, it was here that, as I walked home from school one day, a large tile slid off the roof and crashed into the sidewalk just in front of me. This rather shook me up; what if I had left school a second earlier? I was, I recall, quite upset that none of the adults I later told quite grasped the near-calamitous nature of what had happened. Forty years later, I find it ironically amusing that gravity, at the house of the man who confirmed general relativity, nearly snuffed me out (or, more likely, nearly cut my head and gave me a headache). Tl;dr: the general theory of relativity is all about ME, dammit. Read More
Be the first to comment 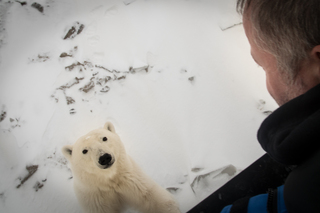 Tundra Buggy One, near Churchill, Manitoba, November 2, 2015.
Be the first to comment

Live from the Tundra

Thanks to my friends at Polar Bears International, I've been back in Churchill and on Tundra Buggy One, studying polar bears, shooting videos and writing blogs. Here are some webcasts I hosted with PBI's Steven Amstrup and the excellent Katharine Hayhoe of Texas Tech.