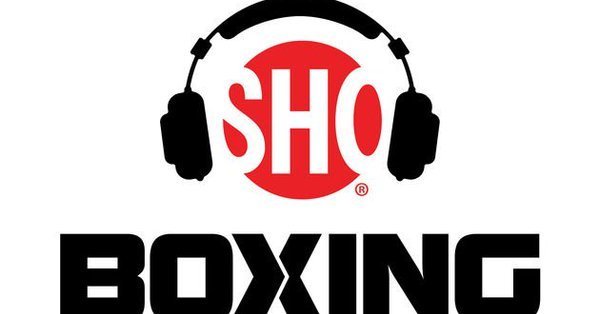 Last year was a struggle in many ways, as HBO's commitment to boxing waned, and then officially became a thing of the past. The final HBO fight night was a desperately difficult and emotional affair - gutturally so because it meant the breaking up of a road family, and also, on a more base level, because of concerns over what it meant for my future, professionally and, specifically, financially.

I really did contemplate the possibility that I had attended my final fight card and that my world would need some major reordering, and in a hurry.

But rescue was at hand, a little way up the road and across the street from HBO. From the intersections of 6th Avenue and 42nd Street, I've moved (remotely) to Broadway and 50th. Yes, it's Showtime, folks!

I'm very excited to be moving, with my podcast partner Eric Raskin, to the network that for so long was HBO's major rival. Unlike HBO, Showtime is not only still commited to boxing, it is doubling down on its commitment, and its investment in digital platforms is strengthening. As well as podcasting, I will be doing an-as-yet-undetermined-amount-of digitial video, hopefully with a lot less travel than I experienced at the height of my HBO work, allowing me to regain a work-life balance and spend time in bristol writing articles and books. i'm extremely excited and relieved, and looking forward to seeing what the future holds.

I am SO happy to have you guys back.