This interview should be required listening for researchers and campaigners who are ever called to discuss or "debate" climate change in front of a hostile audience or on skeptic-populated airwaves. Indeed, it is an ideal template for anyone required to explain a contentious issue in a less than sympathetic environment. Read More
Be the first to comment

However, more people know me for my boxing work than for my environmental writing; such is the relative popularity of sports and polar bears. And so some who know me only for the former might be surprised by the latter. I get that. Even so, I wasn't expecting the following communication, submitted via this website:
Read More
3 Comments

Kieran, I just listened to your boxing podcast in which you commented on respondents who had been rude and offensive to you via espn's channels. Sorry to hear that. What you said there resonates with what you posted above.

I'm a huge boxing fan, but also an environmental policy analyst in my real life. I like boxing but view it as entirely less important than the real issues you and I care about. Don't let uneducated and impulsive foolishness trouble you; your work in both of your areas of interest is appreciated.

SJC: That's very kind of you. Much appreciated. Thank you.

on being calm at the center of the storm 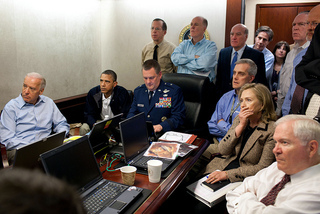 Visit msnbc.com for breaking news, world news, and news about the economy

The news that President Barack Obama gave the order to kill Osama bin Laden on Friday April 29 really highlights the extent to which a president needs to have an almost superhuman ability to multitask and develop an ironclad poker face. There he was last week, dealing with Trump's birther nonsense and even, on Saturday night, the final night of bin Laden's life, smiling and hinting at nothing as Seth Meyers joked about the al-Qaida leader's whereabouts during the White House Correspondents' Association dinner - all the while knowing what was about to unfold.

Personally, I'd have been texting and Tweeting uncontrollably: "OMG. Abt 2 kill OBL. So excited. LOL"