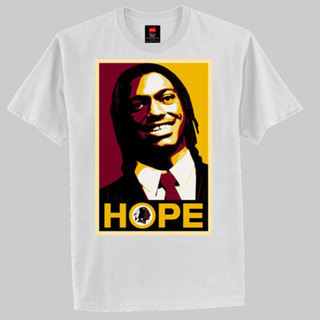 I loved this song when I was a young lad. Just found this version online and was happy to hear their voices sound as strong and harmonious as they did 30 years earlier.

My sister used to spend hours singing this! She introduced our family to Steeleye Span through it. Maddy Prior's voice is like crystal streams and I really love it. Thanks Kieran - this one is going on my facebook page :oD

the joy of home

I have been home for a week and a bit. I will be home for another two weeks, plus a few days, before resuming my travels. I love being home. I wish I were here more often, but I am also cognizant that whining about repeated traveling is rarely well received - particularly when travels involve (as do mine) the likes of Alaska, Las Vegas, San Francisco, and Tombstone. But the spell at home will provide a break - not from work exactly, but from chasing my tail. I can clean the house, mow the yard, get my car fixed, and work on some of those things that are important without necessarily being urgent: transcribing interviews, writing book proposals, and preparing for my next consultancy gig.

Travel begins anew on April 30, with another fight week in Las Vegas. Meanwhile, I think I'll eat some lunch, tidy the house, and then workout. Read More
Be the first to comment

I knew of Bert Sugar long before I met him; everybody who followed boxing knew Bert, whose fame was not solely a result of his encyclopedic knowledge of the sport but also his penchant for self-publicity, as typified by the fedora that always adorned his head and the cigar that rarely left his mouth.

Bert was one of a kind; and perhaps just as well, as I'm not sure the world could have coped with two of him. He was occasionally loud, sometimes brash, and almost invariably politically incorrect; but he was also very kind, a man who always had time for fans, for fighters, for other writers. He had plenty of time for me at our first meeting, and then subsequently. We became, I am proud to say, friends; and we also became colleagues and HBO broadcast partners.

Bert died on March 25, and the world is the poorer and emptier for it. I wrote and compiled some tributes for him for HBO Boxing, here and here. Keith Olbermann, one of the many whom Bert gently nudged along the pathway to success, gave a particularly moving eulogy in one of his final 'Countdown' shows on Current TV:


Personally, I shall always remember the fun we had recording our pieces for HBO:

The Sweet Science with Bert Sugar

Sweet Science with Bert Sugar
At no point did I enjoy attending and preparing for fight night more than I did when we recorded those pieces. I shall miss recording them, as I already miss the man I recorded them with.

Fight week won't be the same without you, Bert. Rest in peace, my friend. Read More
1 Comments

Dear Kieran - I visited the links, but found the HBO obituary especially moving and a beautiful eulogy to a good friend. Thank you for commemorating Bert Sugar's "life well lived" in such a way that it could be read - and his character and personality appreciated - by a small woman in a small study somewhere half way across the world. Thank you for posting.