Return of the Climate Deniers

I wrote a thing.
Be the first to comment

With Apologies to Peter King: Some Things I Think I Think

As the election gives way to the transition, feelings are still raw on both sides; heads continue to be scratched on one side and chests thumped on the other - although even the chest-thumpers include among the ranks plenty who are more than a mite apprehensive about what has been done and what lies ahead. Amidst all the recriminations and autopsies, both sides are still talking past each other and neither seems to be doing a great deal of soul-searching. Many are missing the fact that it is entirely possible that a number of seemingly contradictory statements can all be true: Read More
Be the first to comment 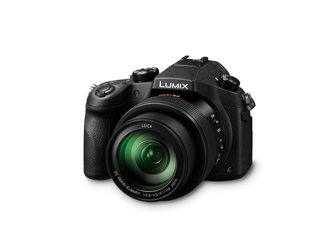 Man, I need to stop buying things. But in January, I am going on the vacation of a lifetime, on safari in Kenya, and I figure I'll kick myself if I come back without enough beautiful photographs to hang on several walls. And when you're in for several thousand dollars, you might as well be in for several hundred more. Read More

I was recently introduced to a movie musical called 'Across the Universe' which tells a tale that is set to a soundtrack of Beatles songs, somewhat in the style of 'Mamma Mia.' I hadn't head of it before, and was surprised to find that it came out in 2007, apparently to mixed reviews. I thoroughly enjoyed it - unsurprisingly, perhaps, as I love The Beatles - and now find myself unable to shake 'Girl', a track that isn't necessarily among the band's best known or most frequently played but is one of their most mature and melodic. Here's the cover version from the movie, sung by the lead actor, Jim Sturgess.

Hi Kieran - having not been here for a while, I was just enjoying a guilty 30-minute visit to your website (I read your WP article about the Whale) before re-entering the black hole that is my dissertation. With all good intentions of stopping after the Whale, I have now moved-on to a blog binge and came across this post. Along with 'Blackbird' and 'Rocky Raccoon', 'Girl' was always one of my most loved Beatles tracks. And 'Eight Days a Week' (to which I know all the words and can even be found singing along with in my somewhat cracked and low alto if it's ever on Desert Island Discs), but we don't speak about that one!

I love your website. It is always interesting and to a person whose life has always been a bit 52, even on a good day, it makes me feel uplifted. Thank you.