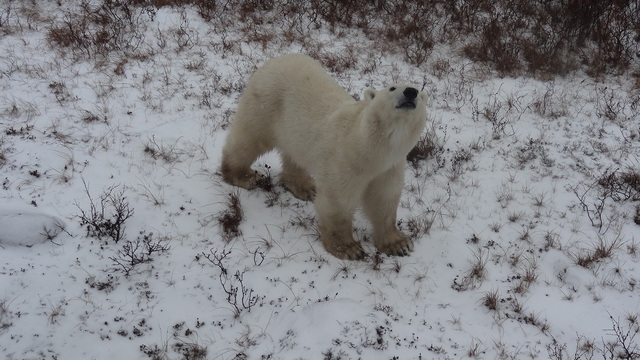 Back in my early days of planet-saving and freelance writing, I wrote an opinion piece on "scentific" whaling for The Guardian. It coincided with the launch of an organization, then called the Whale Conservation Society, later dubbed the Whale and Dolphin Conservation Society, and now trading as Whale and Dolphin Conservation, that I founded with my friends Sean and Margaret Whyte. I've written hundreds of articles and blog posts in the 30+ years since, but never again for The Guardian.

When the writing was on the wall for me at HBO, and I had no idea what the future held, I reached out to my friend and fellow Liverpool FC supporter Bryan Armen Graham, who is deputy US sports editor at the Guardian, for advice on how to pitch boxing and other sports pieces there. He gave me the scoop but also suggested that I look to place my non-sports work there, and recommended I reach out to Jessica Reed, the US features editor. I did, with a pitch that I write something about Churchill, the polar bear capital of the world; she loved the idea and the finished article posted today. Jessica and her team did a wonderful job with it, and I'm thrilled to be in such a prestigious publication. I'm also particularly happy that my first piece for them in over three decades is about a town that I, and indeed most flks who spend time there, love. I hope to write more pieces for them in the future - and certainly don't plan on waiting 32 years for the next one.